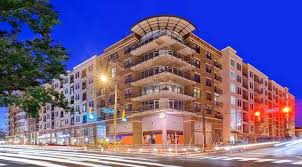 As of this week Larry Connor, co-founder and managing partner of The Connor Group, holds the per-unit record in Nashville for purchasing Elliston 23 for $95.1 million. The Connor Group paid a staggering average of $287,000 per unit for the 331 apartment complex which breaks the previous record by 30 percent. An article posted Tuesday in the Nashville Business Journal, said this per-unit record may stick for a while even in Nashville’s hot apartment market. Since the beginning of the year we have seen this record broken three times first by the purchase of West End Village then Vista Germantown.

The new record holder, Connor, received his first taste of the Nashville market last fall when he purchased Ashton Brook complex in Franklin, Tennessee. Connor said, “By a number of key metrics, Nashville, long-term, is one of the Top 5 cities in the U.S. We look at economic viability, lifestyle, job growth, quality of living, etc. In our opinion, there is tremendous future upside.” The Connor Group wants to do at least one acquisition a year in Nashville and we hope the economy continues to strengthen from the investments we perceive The Connor Group making in Nashville. This is just the beginning for this expanding company out of Ohio.